In 2022-23 the Environmental Science and Everglades Restoration magnet is celebrating its 20th anniversary. When the Broward County School Board changed boundaries for South Plantation, 450 incoming freshmen were sent to western schools. The magnet was formed to bring in students from all over the county to study science. Currently 530 students focus their college-preparatory curriculum on science and technology.
The Magnet Schools of America organization named the Environmental Science and Everglades Restoration program a national Magnet School of Excellence, its top award, in 2012 and 2013. The program was a national Magnet School of Distinction (the second-place award) in 2018, 2015, 2011, 2009 and 2008. The Fairchild Challenge team was the overall winner of the Challenge for seven years, outscoring teams from Dade and Broward counties. The Solar Knights have won the National Solar Car Challenge and have been Runner-Up twice. Since Broward County began recognizing the top environmental achievements, South Plantation's students and Teachers and programs have consistently won top awards.
Click on this link for an article with more information about the 10-Year Anniversary:

The History of The Environmental Research Center

The $14 million research building has classrooms, an amphitheater, wetland, solar and aquaculture labs, which share a fish farm and nursery. The Dr. Alyce Culpepper Environmental Research Center was named for the Magnet Coordinator, a 45-year career teacher, who retired after guiding the successful program through it first 10 years.
​     Then Pamela Krauss, Esq. became the coordinator for two years until she retired. Joann Cantlupe left her magnet coordinator position at Sawgrass Springs Middle to lead the SPHS program in 2014.
The Broward School Board finalized the plans for the Magnet Building and construction began April 1, 2006. Work progressed on the building. James A. Cummings Construction was hired as the builder to work with Song+ Associates architects. Through the years, teachers and students in the program were named Broward County's Environmental Educator of the Year:  Dr. Jody Berman (2019), Jacob Exert (2018 Student Winner), Kendra Perkins (2016 Student Winner), Jessica Brown (2014), Matthew Zealy (2011), Pamela Krauss (2009), Allan Phipps (2007), JoAnn Cantlupe (2007 Middle School Teacher), Elisabeth Jacobi (2006), Kay Burley (2005), Dr. Joel Herbst (Principal 2005), Carl Wallack (2004) and Alyce Culpepper (2003).
In the beginning, the program received $35,000 from the World Wildlife Fund and earned matching money from the South Florida Water Management District, Broward County Department of Environmental Protection, U.S. Sugar Corporation, the City of Plantation, James Cummings Construction, Song+ Associates, and others. These donations were used to purchase science equipment, textbooks and supplies for the students. The building opened in 2008. 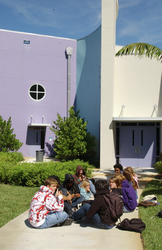 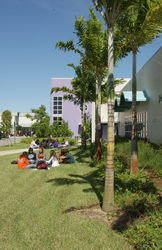 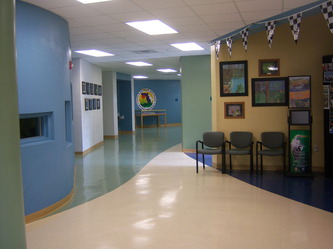 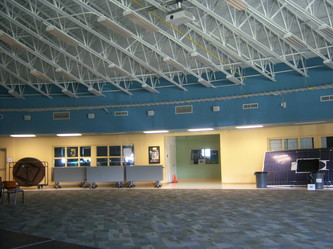 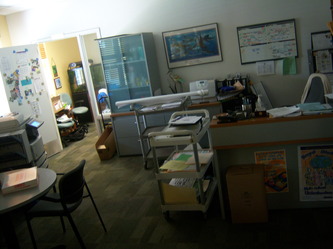 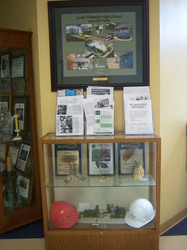 OBJECTIVE:
The objective of the magnet is to empower students to compete in the global marketplace in environmental science and technology, and to prepare students for real-world experiences including restoring Florida's Everglades.
Students who have a passion for understanding the environment, who want to participate in a challenging field studies and curriculum should apply. They must score at Level 3 and above on the FCAT in reading and math and have a 2.5 Grade Point Average in Science, English, Math and Social Studies.

The Beginning, to a New Beginning.